Looking for a Spanish voice over?

You ́ll find your Spanish voice over or voice over actor quickly and easily via the Voicebooking platform. We have put them all through a strict selection process. Important criteria include: they have their own professional studio booth, deliver quickly and are professional. In addition, you can trust that they are native speakers. Are you looking for a Spanish voice with a Latin American accent? Click here.

How do you make really impactful e-learnings? 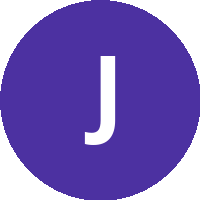 Curious how we work?

In a word: fast. Watch the explanatory video.

Worked for BMW, 3M & GORETEX. Has a voice booth, works for fixed rates.
CORPORATE
More info
Rather request a casting?
Contact us!

Looking for a suitable voice actor for your video? At Voicebooking we arrange the best quality voice overs for all kinds of movies in no time. Whether that's for an e-learning, corporate film or animation video, we make it our job to help you find the best Spanish voice actor. Because what is a video without a good voice over?

Tip: In addition to arranging voice overs, we also have experience with audio post-processing. Upon request we can also do this for you.

On our website you can choose between a female or male voice and in different languages, including English (Australian, British and American), French, German and Dutch. This allows you to quickly and easily find out which voice is best for you. You can also choose between our well-known Dutch voice actors. Maybe you have found a voice, but you’re not yet 100 percent sure of your choice? Send us a piece of your script and ask for a free sample!

HOW DOES IT WORK?

Booking a voice over can be done quickly and easily. All you have to do is follow 4 simple steps. We'll take care of the rest for you. You go to our website and choose a voice actor that matches your video. Above you have a nice overview of all Spanish voice actors, who all have their own unique sound. Are you looking for a language other than Spanish? Don't worry, you can still choose from a whole list of professional voice overs in more than 60 different languages. These people all have their own home studio and years of experience. They have the necessary skills to deliver voice overs of top quality.

Each voice actor has his or her own profile with a few lines of personal information. You can also find out which brands they have worked for on their profile. Have you found the voice over you are satisfied with? Log in or sign up for Project Pages, the Voicebooking platform. Then select the voice over and the production that goes with it. So you can see the cost of your project right away. Finally, click on “book”. Ser pan comido. (That’s Spanish for a piece of cake, in case you're wondering).

In Project Pages we also have a chat function. This allows you to send instructions directly to the voice actor. Would you prefer to listen in and conduct? Make sure you use the Creative Control. If the voice actor needs to pay special attention to any specific sentences, you can easily indicate this in the chat.

Do you already have a text for your video, but would you like to test it on timing, for example, just to be sure? You can, with our free voice over generator. Copy and paste your script, select one of the different types of voices and put the voice over under your video to try it out.

Voicebooking is the first voice agency that works like an online webshop where you can book a voice over in 4 easy steps. All our voices have their own professional recording studio where they record the delivered script. This means you can count on extremely fast delivery times and high quality audio.

Another advantage is that we can offer you very sharp prices. All our voices are guaranteed to speak the language of the country of origin, so you can also use our services for your international productions.

Once you have confirmed your booking, simply upload your brief and script to our client portal, Project Pages. As soon as it’s uploaded that information goes straight through to the voice actor so they can get going asap.

In Project Pages you can follow the progress of your voice over project closely. Something else that is unique to Voicebooking.com is that you can liaise directly with the voice over talent you are working with. They may be recording from their home studio in Spain, but you can chat with them or send additional notes straight to them on the platform or via the mobile app; you can even listen along when they’re recording and direct via Creative Control.

WHAT ARE THE VOICE OVER PRICES?

Whether you need a voice over for a documentary, a commercial, an e-learning or a film trailer, our specially selected voice overs will do it all for you. At Voicebooking.com we use fixed prices, so you always have the guarantee of professional recordings. Value for money, in a short time.

Select the type of production you want and you'll see the price in the menu on the right. In addition to voice overs, you can also order extras from us. Would you like an audio mix or post-production? Check. Need a translation of your script? Check. As soon as you have finished your order, you will see the total price before you confirm the booking. Oh yes, it is also possible to order audio editing separately. This is useful if you already have a voice over, but want a good mix.

Our unique approach allows us to streamline the whole process and ensure a fair and transparent price. If you do run into something, our support team is there for you. English, Dutch or German? Don't worry, at Voicebooking we speak it fluently.

ABOUT THE SPANISH LANGUAGE

Did you know that the Spanish language is sometimes called Castilian? Besides Mandarin, which is the most widely spoken language in the world, Spanish is a language spoken by 329 million people in the world, making it the second most spoken language in the world. There are 44 countries with at least 3 million Spanish speakers. It is also the official language of 22 countries. The language is usually called Español (from Spain) or Castellano (from Castilla), but usually the words are used interchangeably. Among speakers of the American language, Spanish is the most popular language to learn; around 20 million people worldwide are learning the language. That’s not a big surprise though, because Spanish is considered to be the most romantic language there is. Within three generations, 10 percent of the world's population is expected to be able to communicate in Spanish. Online, Spanish is the second most widely spoken language after Mandarin and English. Languages spoken in countries around Spain are Portuguese, French and Italian.

In the Spanish dictionary you can find many loan words from Arabic, about 4000 words. That is about 8% of the modern vocabulary.

Our Spanish voice overs have done many different productions such as cartoons and audio books. They have also been used for TV commercials, radio commercials, voice response messages, e-learning and of course film trailers.

In Germany they talk about a Spanish voice over like 'Spanische Sprachaufnahme', in France they call it a 'voix off Espagnole' and in Spain itself it is a 'Locutor Español'.